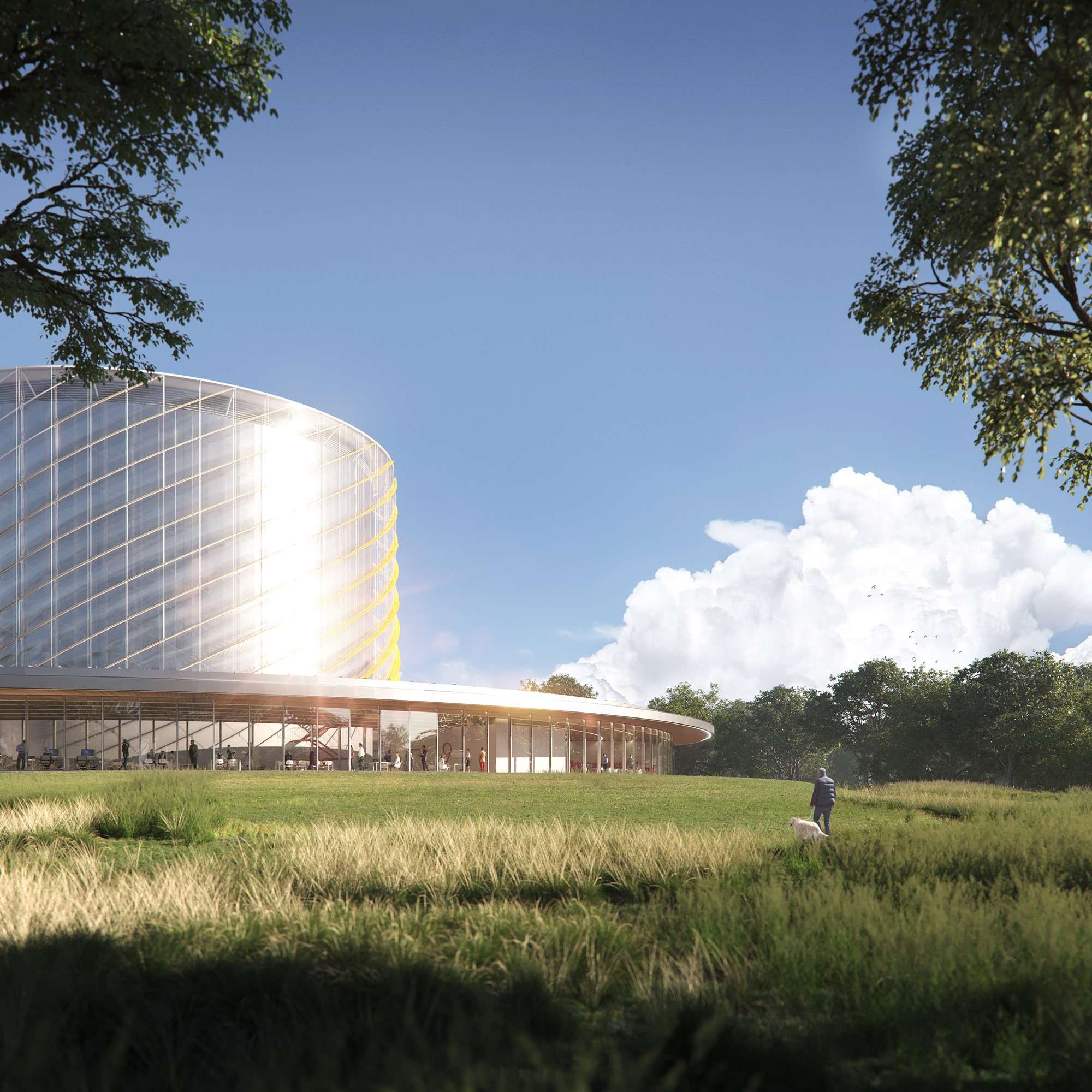 New partnership between General Fusion and UKAEA is a landmark collaboration in the development of fusion, a technology for the world’s low-carbon future

VANCOUVER, Canada and LONDON, United Kingdom (17th June 2021 BST): The UK Atomic Energy Authority (UKAEA) and General Fusion have announced an agreement under which General Fusion will build and operate its Fusion Demonstration Plant (FDP) at UKAEA’s Culham Campus. General Fusion will enter into a long-term lease with UKAEA following construction of a new facility at Culham to host the FDP. The FDP will demonstrate General Fusion’s proprietary Magnetized Target Fusion (MTF) technology, paving the way for the company’s subsequent commercial pilot plant. General Fusion will benefit from the cluster of fusion supply chain activities in the UK, centered on UKAEA’s globally recognized expertise and presence in the field.

Amanda Solloway, Science Minister for UK Government said: “This new plant by General Fusion is a huge boost for our plans to develop a fusion industry in the UK, and I’m thrilled that Culham will be home to such a cutting-edge and potentially transformative project. Fusion energy has great potential as a source of limitless, low-carbon energy, and today’s announcement is a clear vote of confidence in the region and the UK’s status as a global science superpower.”

The Fusion Demonstration Plant at Culham is the culmination of more than a decade of advances in General Fusion’s technology, and represents a major milestone on the company’s path to commercialization. The Fusion Demonstration Plant will verify that General Fusion’s MTF technology can create fusion conditions in a practical and cost-effective manner at power plant relevant scales, as well as refine the economics of fusion energy production, leading to the subsequent design of a commercial fusion pilot plant. Construction is anticipated to begin in 2022, with operations beginning approximately three years later.

General Fusion and UKAEA intend to collaborate on a range of fusion energy technologies for power plant design and operation.

“Coming to Culham gives us the opportunity to benefit from UKAEA’s expertise,” stated Christofer Mowry, CEO, General Fusion. “By locating at this campus, General Fusion expands our market presence beyond North America into Europe, broadening our global network of government, institutional, and industrial partners. This is incredibly exciting news for not only General Fusion, but also the global effort to develop practical fusion energy.”

The Culham Campus, the home of the UK’s national fusion research programme, is owned and managed by UKAEA, widely recognized as a world leader in fusion energy development and innovation.

“This is a great development for UKAEA, very much in line with our mission to lead the development of sustainable fusion energy, and builds on our long heritage of hosting major fusion facilities such as the Joint European Torus,” said Ian Chapman, CEO of UKAEA.

About General Fusion
General Fusion’s mission is to pursue the commercialization of fusion energy based on its proprietary Magnetized Target Fusion technology. The company is based in Vancouver, Canada, with locations in Washington, D.C., and London, U.K. The company was established in 2002 and is funded by a global syndicate of leading energy venture capital firms, industry leaders, and technology pioneers. General Fusion’s partnership with the UKAEA coincides with an expansion of the company’s global headquarters and research facilities in Vancouver, Canada, and a growing presence in the United States.

Fusion research at Culham is funded by the Engineering & Physical Sciences Research Council (EPSRC) and by the European Union under the EURATOM treaty.

Successful performance of plasma compression prototype confirms path to commercialization  10 January 2022: General Fusion announced today it has successfully achieved several aggressive performance goals of a prototype system for its Fusion Demonstration Plant (FDP). The company’s plasma compression prototype, located at its Vancouver, Canada laboratory, is being used to demonstrate a critical element of its proprietary Magnetized Target Fusion (MTF) technology. This important milestone marks another significant step toward General Fusion’s goal of creating practical and commercially viable fusion power. Commissioned in early 2021, the prototype machine drives a forceful, but precisely shaped, symmetric collapse of a large liquid vortex cavity in tens of milliseconds. The forces involved in the full-scale FDP compression system will be immense, pushing the limits of material science, fluid dynamics, and mechanical design. Achieving this milestone with the prototype significantly reduces engineering and technical risks for General Fusion’s FDP. It will use a collapsing liquid metal […]

AMSTERDAM, THE NETHERLANDS – April 1, 2020 – GreenFlux, a leading provider of EV charging platforms and smart charging technology, today announced the signing of a definitive agreement to sell its Dutch Charge Point Operator and E-Mobility Service Provider division to Joulz. This divestiture allows GreenFlux to fully focus on the continued development of its EV charging platform and the international growth of the company. In 2011 GreenFlux started offering EV charging infrastructure to EV drivers, fleets and building one of the first charging networks in the Netherlands. Today, GreenFlux is an international frontrunner in the EV market, offering software platform solutions to manage charging infrastructures for electric vehicles. The platform enables operators of charging infrastructure to remotely manage charge points, process transactions and utilize smart charging to adjust the charging speeds to the capacity of the electricity grid and local energy generation. Its products and services are offered to leading charge […]

FUNDING ENABLES THE COMPANY’S FUSION DEMONSTRATION PLANT VANCOUVER, CANADA – 16 December, 2019 – General Fusion announced that it has successfully closed USD$65 million of Series E equity financing. The financing was led by Temasek, a global investment company headquartered in Singapore. This USD$65 million of new financing, together with the release of CAD$50 million in additional investment from Canada’s Strategic Innovation Fund, enables the Company to formally launch the program to design, construct, and subsequently operate its Fusion Demonstration Plant. This prototype facility is intended to confirm the performance of General Fusion’s magnetized target fusion technology in a power plant relevant environment. Pursuit of this next important step toward commercially viable fusion energy reflects the growing global collaboration between public and private stakeholders in this transformative technology. General Fusion has attracted more than USD$200 million in funding to develop its practical approach to fusion energy. “The world is pivoting toward […]

Shell agrees to acquire sonnen, expanding its offering of residential smart energy storage and energy services Amsterdam, 15 February 2019 Shell* has agreed to acquire 100% of sonnen, a leader in smart energy storage systems and innovative energy services for households. This follows an investment by Shell in May 2018 and means that post regulatory approval and completion sonnen will become a wholly owned subsidiary of Shell. Christoph Ostermann, Chief Executive Officer and Co-Founder of sonnen, said: “Shell New Energies is the perfect partner for helping us grow in a market that is expanding rapidly. With this investment we’re excited to help more households to become energy independent and benefit from new opportunities in the energy market. Shell will help drive the growth of sonnen to a new level and help speed up the transformation of the energy system.” René Savelsberg, Managing Director SET Ventures, says: “At the moment of our […]